Skip to content
Snack on Savings! Save 20% on Subscriptions!

We all know that weight loss is a pain. With the holidays coming up, it only gets harder. We're constantly bombarded with different weight loss plans, but in the end, it really comes down to making informed, sustainable changes. It's about making the right choices, and no choice is more important than picking smart, healthy snacks.

Easier said than done, right? When you're on the go, or simply out of the house, you don't always have what you need to put together something healthy. That's why we've outlined some of our favorite tips for snacking smarter and slimmer. With these strategies in your pocket, you can turn even the worst snacking scenarios into something you'll be proud to log in your MyFitnessPal.

Your diet is personal. Even if there are general macro guidelines to follow, our unique eating habits mean nothing is universal. Maybe you eat more fat for breakfast than the average person. If that's the case, you need to consider that with your afternoon snack.

Your gut reaction is probably going with something nutritious like walnuts. While walnuts are fantastic for you, those fats, no matter how healthy, add to your macros (Read " What are macronutrients, and why are they important?"). A single serving of walnuts has nearly 20 grams of fat. It's pretty similar for all nuts, as well.

So does that mean nuts are off the table? Of course not. Making healthy snacks can be as simple as limiting certain foods, and pairing them with those heavy in other macros. For example, our Honey Mustard Jalepen-Yo Face pairs roasted almonds with pretzel sticks and spicy fava beans for a snack that's lower in fat than almonds alone, plus, it's rich in protein and complex carbs!

Snacking on a single food can get dangerous. Mix and match for smart, healthy snacks. 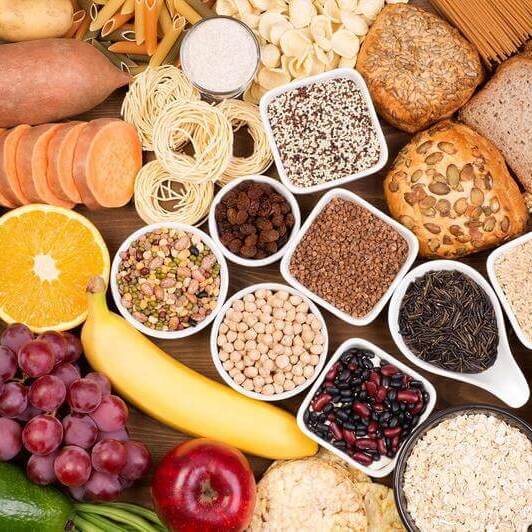 We all know how bad sugar is for you. Chances are, you've probably already made attempts to cut out soda, candy, sweets, etc., but we sometimes forget that other simple carbs can be just as bad. Not only do they behave just like sugars, but the fact that your body burns them quickly means they won't leave you satisfied for long.

Let's look a common example: For many people, a sandwich is a go-to quick snack. Filled with a lean protein, it looks pretty good on paper. A slice of white bread only has 15 carbs, so it won't throw off your macros. But where are those carbs coming from? SInce it's all from white, processed flour, they might as well be sugar.

The simple switch to make is subbing out the white bread for a hearty whole wheat option, but why not take it a step farther? Put that protein into a salad, with some dark greens and a vinaigrette dressing. 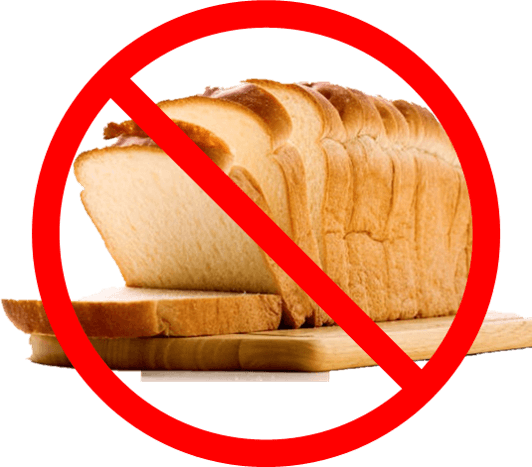 Sometimes making healthy choices just comes down to having options on hand. When you don't plan ahead, you end up with a bag of chips from the vending machine. Meal prepping is out of the question for some people, but snack prepping is a lot less of an undertaking.

Something as simple as a small container of baby carrots can be the difference between a satisfying snack session, and a mid afternoon junk food coma. If you need something a little heartier, pre-made options like our Espresso Obsesso are a great way to get balanced macros in an easy package.

Sure, it takes a bit of planning, but sometimes that's what it takes to create good habits. 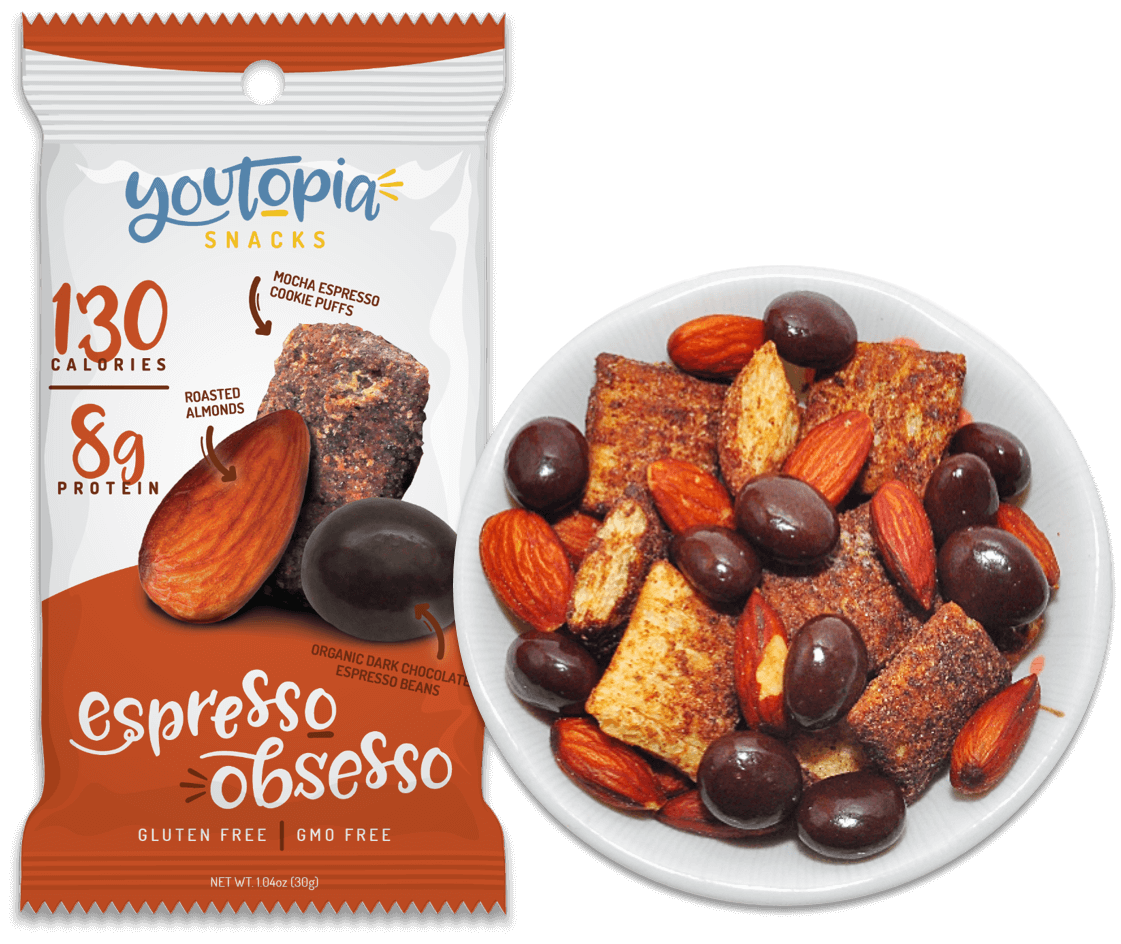 Sometimes a prepackaged snack is so close to being healthy, but they add something into the mix that throws it off. Trail mix, for example, can be full of nuts, fruit, and complex carbs, but they throw in something like M&Ms to make it more enjoyable, and LOADS of 'em.

Sure, if your diet is otherwise perfect, cutting out the M&Ms is a little nit picky. But perfection is hard. If you're struggling to keep your sugar intake down, those delicious little morsels could put you over your limit. Pick some of them out (remember moderation is everything!), and you could save some serious calories and carbs! 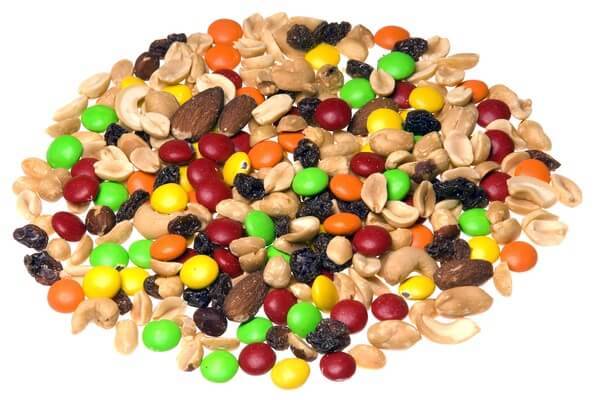 Tip #5: Start With The Meals

A surefire way to over-snack is to not eat enough for the meal that came before. Snacks should be quick, easy, and just enough food to make it 'til the next meal.

So if a snack is just a bridge between two meals, you have to make sure your main dishes are enough to keep you satisfied. We have a tendency to eat a small breakfast, small lunch, and overeat at dinner. So during the day, you're going to be starving!

If you keep that eating schedule, that means you're going to rely more and more on snacks. Unfortunately, we don't tend to think as hard about what you eat as snack as you do for your meals. So you need to make sure every meal you put in your body has a suitable amount of calories, a well balanced macro profile (read: Nutrition 101), and satisfying, slow burning carbohydrates to keep your appetite under control. 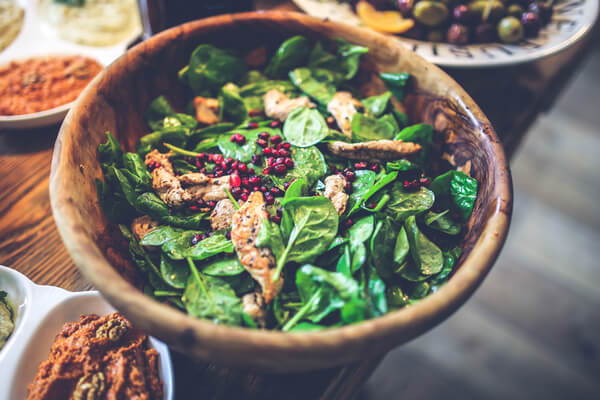 We get it. Snacking is tough. Our aim is to make it easier. That's the mission at the core of our healthy snacks. We want to help you make sure your food supply is well balanced and satisfying. If you follow these tips, you'll find it a lot easier to fix those midday hunger pangs without negating all that hard work.

If you're interested in trying out snacks which were specifically designed around the macronutrient ratio that dietitians recommend, take a look at these delicious snacks which are high in protein, low in sugar, and full of healthy fats.

« BACK TO THE BLOG