When you think of a dieting, the first food that comes to mind is a salad. What's not to love about them? You're stuffing your face with nutritious greens, and you can throw lean protein into the mix to make it into a meal. There's a huge array of salad ingredients that can make a salad into a powerhouse dish.

Unfortunately, the inverse is also true, and they tend to be some of our favorite ingredients. Saturated fats and simple carbs just have a way of sneaking their way into our salads. And it's especially true for commercial options! If you're eating one from a fast food restaurant, there's a good chance you're only doing a little bit better than the burger!

So what are these salad ruiners? You're probably going to be a little disappointed, but there's a bright side: moderation is everything, and awesome substitutes are out there :) If you can't imagine a salad without one of these, just try to cut back. Sure, using none is better, but making sustainable, INFORMED dietary changes is where success starts!

Cheese: we put it on everything. It just seems to make everything better. The only problem is that it also makes everything worse for you. A one ounce (1/4 cup) serving has 113 calories, 81 of which comes straight from fat. What's worse is that 54 of it comes from saturated fats. That's over a fourth of your maximum Recommended Daily Allowance!

Alternative: For half the calories, half the fat, and barely any of the saturated fat, throw in a 1/4 cup of avocado. You can replicate the creamy texture and satiate your fat cravings without the drawbacks.

They're crunchy, garlicky, and delicious, but a typical serving contains the same amount of simple carbs as a slice of bread. It's not so much that croutons are "high calorie" as much as they are wasted calories. We generally use salads to get protein to our mouths without bread or pasta. Croutons defeat that purpose because, spoiler alert, they ARE bread. You can out 122 useless calories (that's just over a 1-mile run!) by skipping the croutons in your salad.

Alternative: Roast up some chickpeas (or get some here), seasoned with whatever flavors you love in a crouton. You'll get the crunch you crave, with the added benefit of protein and fiber. You'll still need to watch the carbohydrates, but chickpeas are about as far from empty carbs as you can get.

Now don't take this the wrong way. Not ALL dressings are bad. It's all about choosing the correct one. However, commercial salads tend to ge with a ranch or caesar dressing, and they're not light in the calorie department. Ranch dressing is nearly 100% fat, and a typical serving (2tbs) packs a whopping 15 grams and 145 calories. If you're using a salad as a healthy, low calorie meal, a creamy dressing will ruin it.

Alternative: Anything vinegar and olive oil based is a safe bet to punch up your salad. Not only are both ingredients lauded for their health effects (Think Mediterranean diet), but they also contain nearly half the calories of ranch. 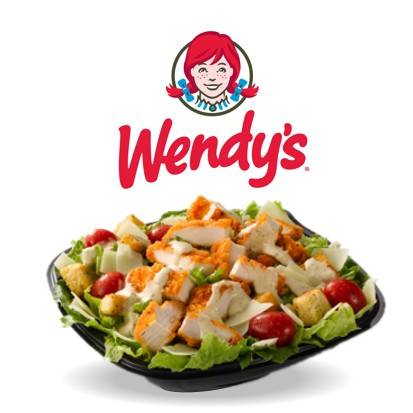 This option from Wendy's has everything you want, but desperately don't need. The full salad has 720 calories, 43 grams of fat, and 41 carbohydrates. So where is that coming from? It's doused in caesar dressing (49 calories per tbs), italian blend cheese (100 calories per 1/4 cup), and croutons (122 calories per cup). While we don't know the exact measurements of each, it's safe to assume that the ~40 grams of protein comes from about 320 calories worth of fried chicken and that they're using a LOT of these bad ingredients to make up the remaining 400 calories. 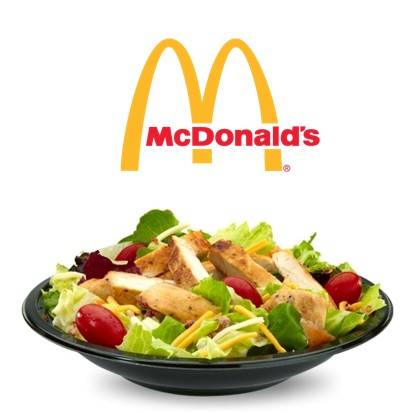 At first glance, McDonald's salads don't seem terrible for you. But that's only because they don't include dressing in their nutrition breakdown! However, they do rely a lot less on croutons. Unfortunately, the ranch dressing (and the bacon) makes the fat content of this otherwise lean dish soar. The ranch and cheese alone add 12 grams of fat and 150 calories (that's more calories than an entire Youtopia Snacks snack!). With those two and the bacon, the calorie count comes from 53% fat. It's important to note that this salad is about half the size of the Wendy's option, but the calories are still from an unhealthy source! 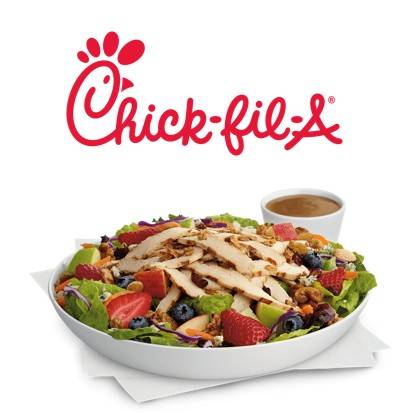 It's not all bad news. While I'm sure you've never thought of hitting Chick-Fil-A for a salad, their Grilled Market Salad actually puts the others to shame. They still put cheese on it, but it's a good bit less than the other two, and there's not a crouton in site. But the main reason that it takes the cake is the dressing choice. The other two don't give you an option. If you go with the light balsamic vinaigrette, the WHOLE PACK will only bring you up to 39% fat. That's still rough, but unless you go to a custom salad restaurant, you won't get much better.

Let's be real: You could make a better salad than all of these in your sleep. You know what you should and shouldn't be putting in your bowl, and you know exactly what to sub out in these above options to make it a little better. Salads are a great tool for lowering your appetite and cramming in nutrients. If you craft them right, and ditch the empty calories, you'll beat out those unhealthy lunch habits in no time!